In Animal Farm, George Orwell provides us with the perfect example of unquestioned loyalty leading to sacrifice; this is of course the hardworking, yet gullible draught horse Boxer. Although unlike the other texts (The Charge of The Light Brigade and Gallipoli) this sacrifice is unintentional.

Throughout the novel Orwell continuously reminds us of Boxer's undying and unquestioned loyalty by introducing then repeating Boxer's two favorite slogans “Napoleon is always right” (page 35, chapter 5) and “I will work harder” (page 18, chapter 3). This loyalty is reinforced in chapter 9 when boxer collapses while attempting to rebuild the windmill; instead of thinking about himself he instead thought about the goal the pigs had set as we see in the following quote form Boxer page 80, chapter 9 “It is my lung … it does not matter. I think you will be able to finish the windmill without me.”

However all this work, loyalty and determination ultimately leads to more sacrifice. Following Boxers collapse, on page 82, chapter 9 he can no longer pull the same weight or work the same hours. The pigs take advantage of his loyalty and injured state by tricking him into believing that his injuries will be treated upon entering the wagon where in actual fact this wagon was a to take him to the slaughter house. Unfortunately Boxer learnt this too late as later the pigs reported that "he had died in the hospital at Willingdon" (page 83, chapter 9)

By the end of the novel it has become apparent that the pigs have successfully managed to deceive the other animals; they have gained the loyalty of the animals yet the farm animals constantly sacrifice their time and effort for the pigs benefit. 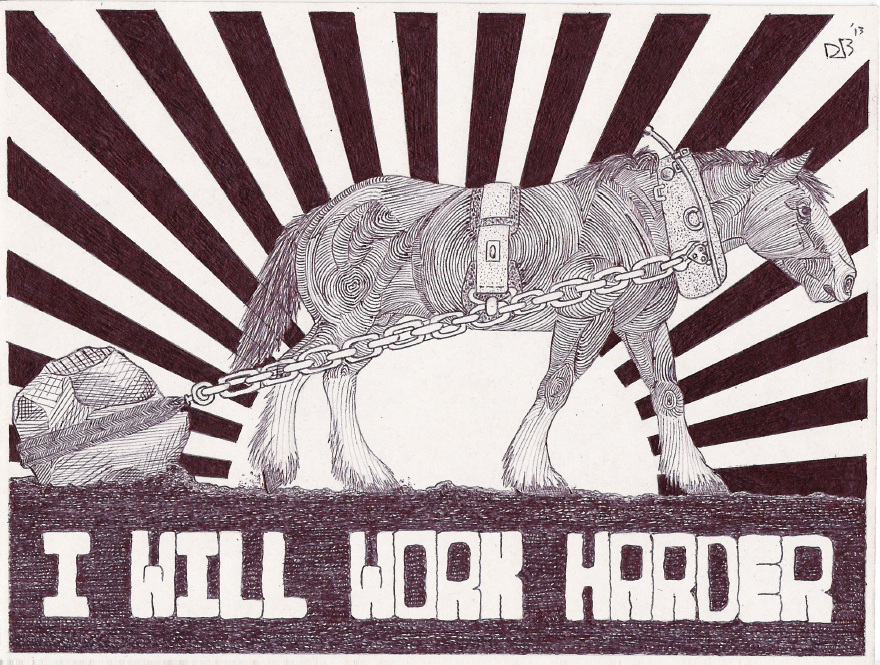